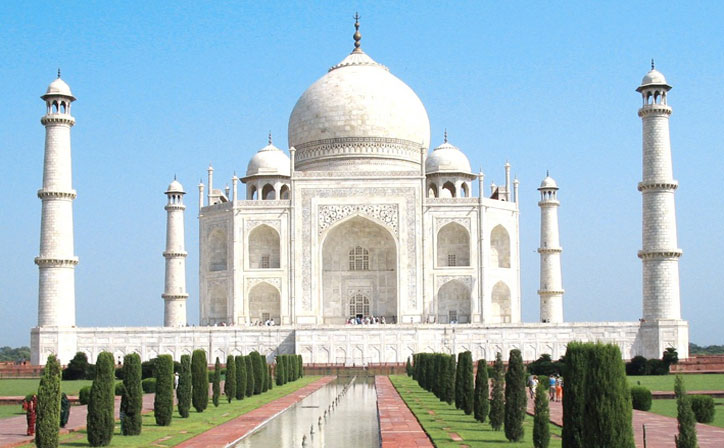 Taj mahal, also known as the crown of the palaces is located on the south bank or river Yamuna. It was commissioned by the emperor Shah Jahan in the year 1632. The emperor constructed this majestic monument for his beloved wife who died at the ripe age during the birth of the child. This was something the emperor could not bear and he went in a deep state of distress to the point of locking himself in the room for many days and when he came out, a part of his hair had grown white. More than 20k artisans worked for more than 20 years to construct the majestic monument as per the historic records. The marble that was used in the making of the Taj was bought from many parts of India and other parts of the world. The creation of Taj is said to be the zenith of the Mughal architecture and this is also called as the monument of romance. Taj Mahal is a monument of love and is one of the favorite sites for the global tourists. The monument is in the list of the UNESCO world heritage sites and is also one of the seven modern wonders of the world. In the present world, when the other definition of love is lust, wants plus have and have nots, Taj truly demonstrates the perfect example of true love that is rare now a days. The emperor Shah Jahan would not have been able to give a practical shape to the layout plan of this majestic monument had there actually been no true love for Mumtaz Mahal or had there been simply a lust to procreate 14 children from her.